Formed into smooth organic forms by the action of sand and sea these translucent glass gems, sometimes called ‘mermaid's tears’, can be found washed up on shorelines around the world. Shaped by its journey through time, tides and currents what was once debris becomes something beyond man-made.

Perfect seaglass has its edges worn away over time, and the older a piece is the smoother and more unusual it becomes, its frostiness an indication of the time it has been in the sea.

Although Seaham, on the north east coast, is justly popular with seaglass collectors, these 'gems'can also be found all around the British coastline. The seaglass used to create these pieces is entirely natural and has been carefully collected by Vicki Portman from all around the UK coast. It is not artificially tumbled or shaped, just carefully drilled and combined with Sterling Silver, transforming something broken and discarded into a unique and precious item. 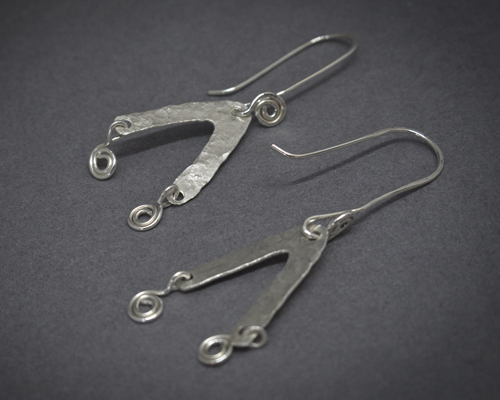